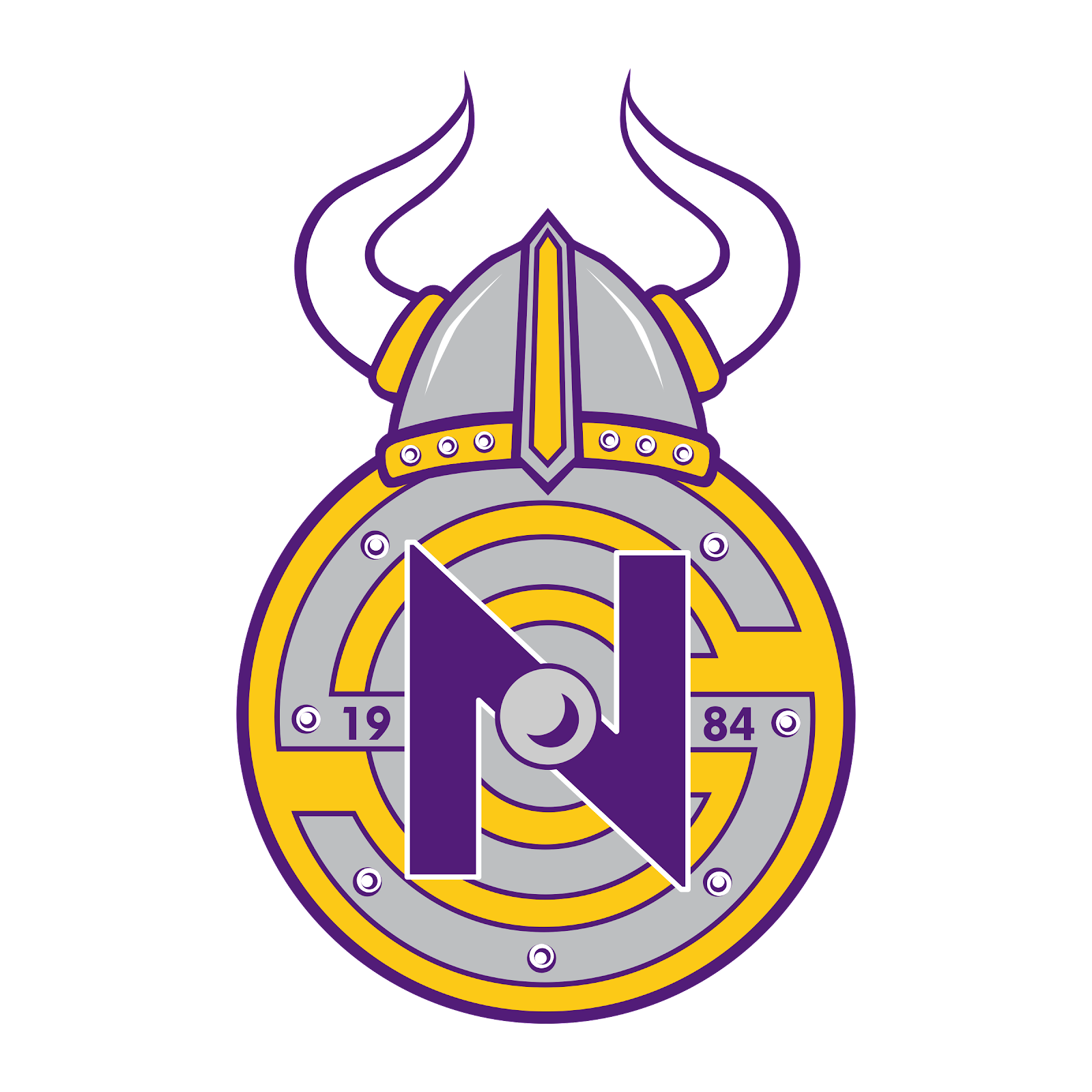 Rosters are closed when online check-in has been officially approved and players may not be added after your team is checked in. No more than 3 guest players can be added to a roster. A guest player is considered a  player affiliated (Officially Rostered) outside of your club. A team can have unlimited players on the roster from within their own club if they fall within the roster limits or also known as Club Passing.

• U8 teams, 10 players – Max allowed suited up for each game

In the event that an age bracket has insufficient number of teams, the tournament committee will combine  age groups to form a bracket at the higher age group. The committee will attempt to seed the teams within  this bracket to balance the level of play. This may result in some teams playing the same team twice during  the tournament.

Each coach/manager must have medical release forms in their possession, signed by the player’s parent(s)/legal  guardian(s), to facilitate emergency medical treatment. The MAYSA membership, WYSA Membership or  WYSA Tournament Event release is acceptable for this purpose and found on our website tournament page.

All games will be played by tournament modified FIFA rules. U9 and up will have offside called.

All referees will be assigned accordingly for each age group depending on availability. NSC SF strives to have full  crews on every game. In the event that a full officiating crew is not available the center referee may request 1-2  volunteers from the respective teams to assist with calling ONLY throw-ins, goal kicks and corners. Volunteers are  NOT allowed to call fouls or offside.

a. There will be NO heading of the ball allowed

b. Exception to this rule is if an under aged U11 team is playing in a U12 Division or combined age group of  U11/U12.

c. Deliberate Header in the Field of Play - If a player deliberately heads the ball in a U11 and under game, an indirect  free kick should be awarded to the opposing team from the spot of the offense.

a. Defensive Team Infraction - If the deliberate header occurs within the goal box/penalty area by the defensive  team, the indirect free kick will be taken halfway between the sideline and the penalty box line that are  parallel to each other. No indirect kicks will be awarded outside the top of the penalty box.

b. Offensive Team Infraction - If the deliberate header occurs within the goal box/penalty area by the  offensive team, the indirect free kick should be taken from the spot of the infraction and build out rules  apply.

a. The goal kick may be played directly past the build out line. The goalkeeper is not required to take the goal  kick. On a goal kick, the ball is not considered in play until it leaves the penalty box area.

b. The GK need not wait for attackers to retreat behind the build out line upon claiming possession of the ball  and distributing the ball.

c. U8 and younger teams do not play with Goalkeepers. All goal kicks will be taken by a field player with  opposing team behind the build out line.

No Punting -- the goalkeeper may not punt the ball at the U9 and U10 age group. If a goalkeeper punts the ball, an indirect  free kick should be awarded to the opposing team from the spot of the offense. If the punt occurs within the goal area, the  indirect free kick should be taken on the goal line parallel to the goal line at the nearest point to where the infringement  occurred.

a. Drop kicks and volleys are not allowed as it would represent circumvention of the rule.

b. The ball is “live” as soon as it leaves the goalkeepers feet or hands.

They will be identified by a field marshal vest and are responsible for checking players and equipment prior  to a game, holding official team rosters until the game is completed, reporting game scores and completing score sheets. All field marshals will be equipped with two-way radios to communicate with tournament headquarters should any problems arise during a game.

All players will wear adequate shin guards covered by stockings. If cleats are worn they must be soccer cleats. **NEW rule on hard casts, splints or braces – it is the discretion of the referee assignor if they will be allowed.  Emailing the referee assignor in advance of the event with a picture of the cast is strongly encouraged. Please see the referee assignor at Tournament registration area for final approval on being allowed to play. Players  shall not wear jewelry. ALL player equipment is subject to referee approval.

START AND DURATION OF GAMES

The tournament directors have the authority to:

• Reduce by, up to one half, the duration of any game

• Delay the tournament if bad weather is threatening

The home team is responsible for supplying an acceptable game ball and changing jerseys in case of a color  conflict. The home team may use pinnies if they do not have different colored uniforms.

None allowed! Referee decisions ARE FINAL. No protests concerning tournament rules are permissible  once you have started play. All decisions of the tournament directors are final. There is no higher authority.

Substitutions may be made prior to a throw-in in favor of your team, prior to a goal kick by either team, after a  goal by either team, at half time, or following an injury to a player from either team. Substitutions may also be  made for your team on the opposing team's throw-in if the opposing team also has a player at the halfway line. Only players assigned to the roster for the game in hand may be used as substitutions. This only applies to  teams that bring more players on their roster then those that are allowed to dress/play that game.

This is a WYSA sanctioned tournament and the WYSA Red Card Rule will be in effect, i.e., if a player is "red  carded", he/she will be expelled from that game and that player's team will play short-handed for the rest of that  game. The player must sit out the next scheduled tournament game, and depending upon the severity of the  offense, the offending player may be disqualified from any further tournament play. Determination of any  tournament disqualifications will be made by the tournament directors. The use of a "red carded" player in the  game following the expulsion will result in a forfeit by the offending team and, additionally, the head coach will NOT be permitted to coach during the next game. Any player receiving two (2) yellow cards in the same game will have the "red card" rule invoked.

Coaches are to stay at least 10 yards from the centerline on there half of the field. Only players and referees are  permitted on the playing field including 1 yard outside the field line. Coaches will be responsible for the behavior of the players, team assistants and team supporters. ANY member of this group listed above displaying inappropriate behavior may be expelled from the game or tournament all together.

All teams are responsible to play the entire tournament. If a team does not have enough players to start a game,  a five-minute grace period will be granted before a forfeit is declared. A team forfeiting will not be allowed to  win their group and/or advance to a semi-final or final. A team needs the following number of players at the  start of a game:

Any team not playing within the tournament rules of roster and age requirements will forfeit each game played in  illegally and not be allowed to advance to semi-finals or championship games under any circumstances.  • If any team caught in violation after the match has been completed and they had won the previous  match(es), the losing team(s)will be rewarded a 1-0 win and the violating team a 0-1 loss.

• If any team caught in violation after a match has been completed and they had lost the previous match(es),  the winning team(s) score will stand as is.

Seeding will be point based.

Teams play round robin format with the team with the most points at the end of the all games  placing in first and so on.

Divisions with 6 teams will play 2 games within their bracket to be seeded against a team in the opposite bracket:

U9 & U10 with 6 Teams will play 2 games within their bracket to be seeded against a team in the same position in  the opposite bracket. Acceptation to this rule will be if two teams from the same club are seeded in the same  position. It will then be at the tournament directors’ discretions to assign appropriate teams for their final game. This  is an override of the scheduling system and will be communicated at the end of the first day once all matches have  been completed. The goal of the first day of seeding is that this will create better parity in competition and not lop sided  games.

Per Wisconsin Youth Soccer Association tournament sanctioning rules, NO U10 and younger divisions can compete or  play for championship games. This format is part of their sportsmanship and fair play policy for these age groups.

OVERTIME & KICKS FROM THE MARK

In the event of a tie, in a Quarter-Final, Semi-Final or Championship game, teams will play (2) 5 minute  running clock halves if needed, golden goal overtime period with no substations allowed. Only player  that can be substituted is the goalkeeper in the event of injury. If still tied at the end of a (2) 5 minute overtime periods the game must be decided by “Kicks from the Mark”. The tournament will follow FIFA guidelines in the event that a game needs to be decided by “Kicks from the Mark”. Each team will alternate kicks (five each) to decide a winner. If still tied after the first round of five, teams will then alternate 1 for 1 until a winner is decided.

Individual player awards will be awarded for 1st and 2nd place except for U8, U9 & U10 division.

WSYA  prohibits all sanctioned tournaments from determining a division champion on teams below 10U. All players on 8U - 10U teams will receive participation awards.

In the event that the tournament cannot be held for any reason, fees shall be returned to all U9 and older teams with a maximum of $100 per team being withheld from each team registration (U8 all but $25). The Norski Soccer Club will not be responsible for any expenses incurred by any team in the event  games are discontinued or canceled due to inclement weather or adverse field conditions. In the event of

Tournament cancelation NSC does not look to profit in any way from the event and only looks to recover expenses to run and operate the event. Therefore, the amount withheld could be less than what is stated  above. Once a team is included on the tournament schedule, no refund will be granted.

Don't miss a thing! Click on the images below to download the free TeamSnap tournament app on your phone to keep up with tournament registration, information, schedules, alerts for weather or changes.